I’ve started working with a startup called neoFarms. They are a German startup, developing a new kind of aeroponic system, and i’ve been told to develop the hardware side of the project, here are some shots of the project while it was just about to be completed:

Here is also a video of me completing the parts mounting and then reflowing the board:

Published by Lorenzo on 7 febbraio 2017 | Permalink

Here is the new Hackathon we won, and for we i mean me, my girlfriend, and a group of people we met there, it was an awesome experience, lasted 24 hours, were we faced a lot of difficulties, we started developing an idea, from the common “medical folder” online to a medical bot that is able to give you custom answer depending on your medical situation. Here is the full event description, in Italian : Comunicato Stampa

We decided to develop the idea and invest what we raised on development.

I’ve also updated the CV, is available at karavania.com/cv

Here is also some pics:

Published by Lorenzo on 11 novembre 2016 | Permalink

Last weekend i’ve been at Startupbootcamp FinTech for the third and final hackathon of 2016. This time, was focused on one of the biggest area of FinTech: Payments.

The challenges that was presented: 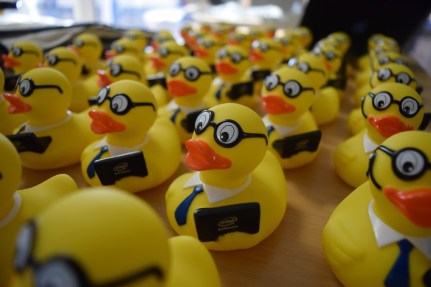 On the Friday night, after dinner and icebreaker, we got all ducks in a row and got down to work for the whole weekend in Rainmaking Loft, with nine teams formed around some really exciting ideas. To see what happened throughout the weekend check the Photo Album. 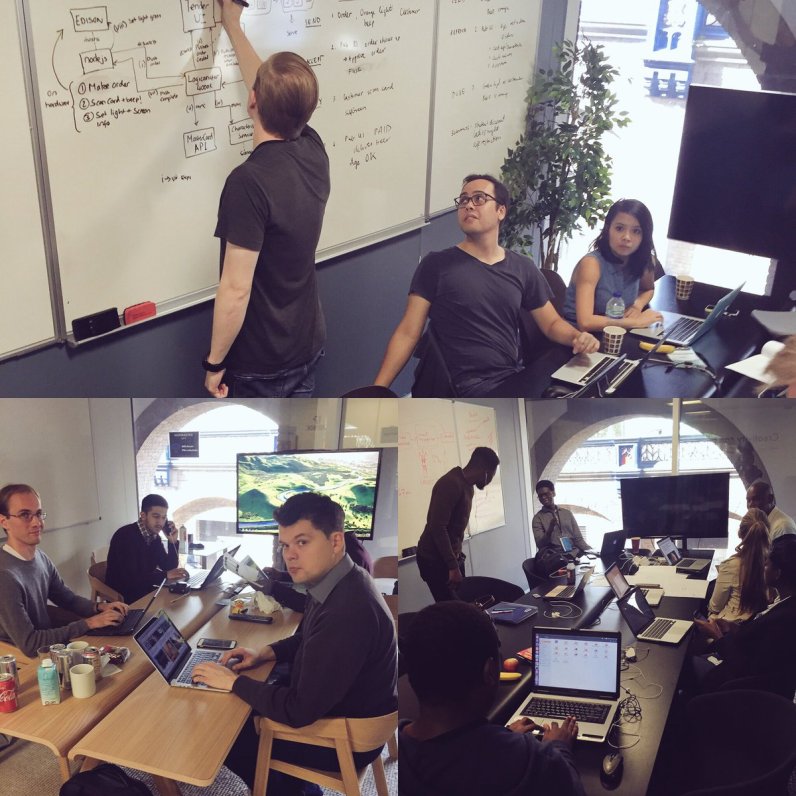 Published by Lorenzo on 1 ottobre 2016 | Permalink

We have been working hard for getting the beam ready, for setting up everything, and now we are ready, Siddharta setup is under test and acquiring data for spettrography. We will determine the most precise mesurement of the Hadronic Atom mass and behaviour. (within +-3ev)
Here you have some videos of the setup taking life and first electron and positron beam.

Published by Lorenzo on 22 giugno 2016 | Permalink

I’ve started a new project a full 3D printed robot capable of moving around avoiding objects, keeping track of his position and shooting pictures of the surrounding enviroment, then sending the images back on a server via a custom 2.4Ghz channel for fisheye correction, photo geotagging and positional data, the robot is equipped with a GoPro as main camera, 2 Front led’s for detecting distance as well as object angle and a sonar for fixing the unreliable distance that came off the 2 leds (refractometer) and also for avoiding translucent objects. The robot has also a separate radio channel at 433MHz for remote motion controlling, is packed with 6 LiPo batteries for an estimated battery life of 1 hour of live image feeding.

On the server side, there is a dual cpu, dual core IBM Intel Zeon server that mount a custom version of Ubuntu Server and a custom USB-Radio interface, it uses custom (Python/C++) script to get the images, correct the FishEye and compress them, and then they are sent to another applet that merges the images with the distance and location data from the various sensors, and after the acquisition is ended it process them as a unique STL file, having then a 3D model (Detailed) of the surrounding area. Is in beta at this moment so the max resolution of the output model is 25k points * square meter, it can go further but from the computational side, it requires a lot of cpu power that currently i do not have, since the project is offline based. (My network connection in Italy is a painful bottleneck since my upload stays around 56Kb/s and the datastream is in the order of 10-20 Mb/s)

The possible uses, well just think about the VR, having yourself immerged in a room that is potentially your room, since the cost of the robot is around 150$ not including the camera and the sever.
Other uses are pretty endless.

Published by Lorenzo on 4 giugno 2016 | Permalink